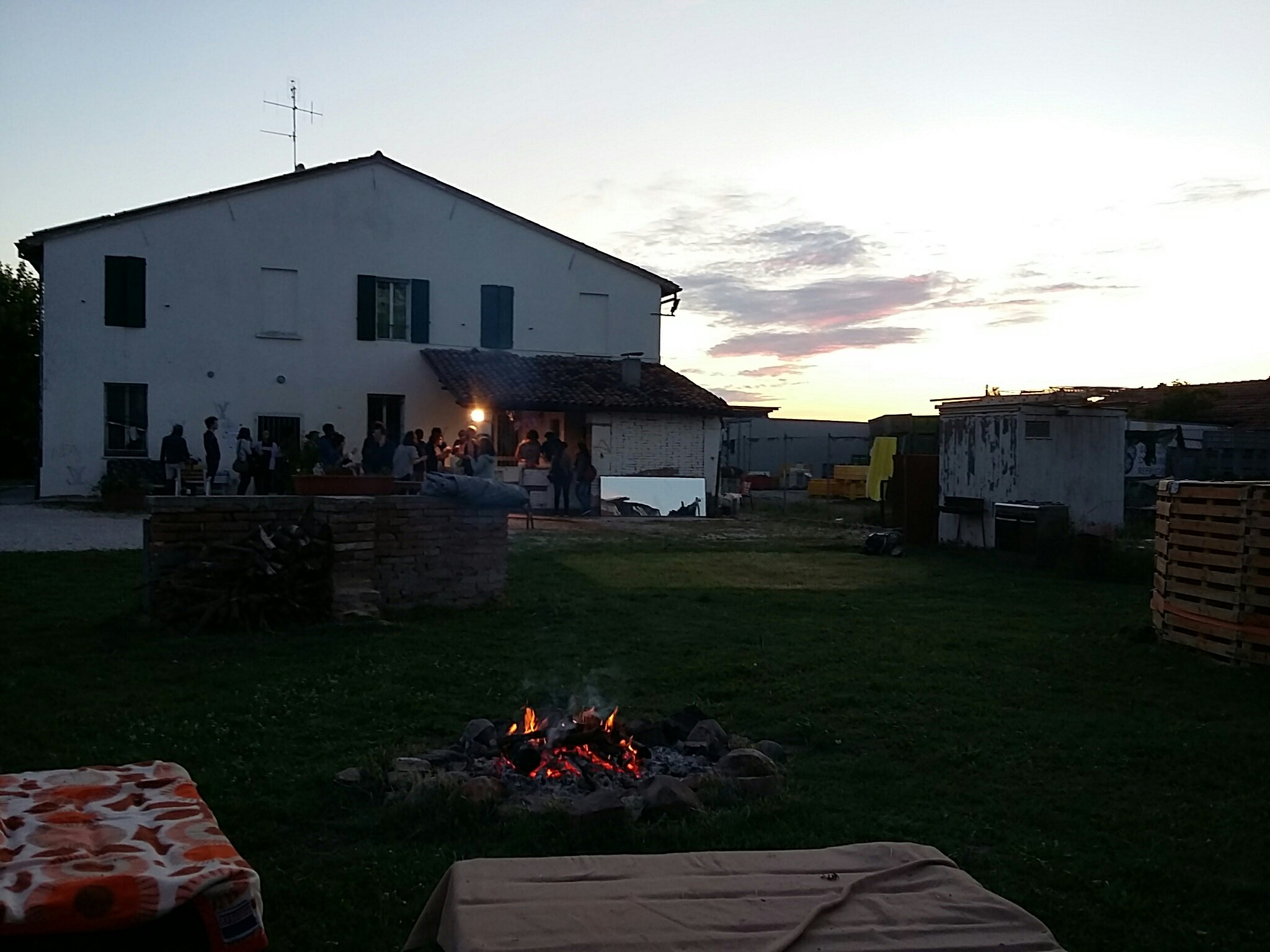 Ramadan has begun all around the world now, but the exact day it started was a matter of some discussion in our household. I remember this from when I lived in Turkey, and Fede from her time in Palestine, that the exact beginning and end dates of Ramadan are always up for lively speculative debate. Though ultimately based on the cosmos, everyone enjoys a lighthearted debate on exactly when it will definitely start. In our house it was made more complicated because those who were preparing to fast come from three different countries (Senegal, Guinea and Pakistan). Some debated whether to begin the fast on the day their family back home started, regardless of what was decided in Italy.

Our new home for a while, “The House of Peace,” is a project we’ve kept in touch with over the last few years not far from the farm.  The House is a part of the Pope John XXIII Community, somewhat unusual in that it’s run by ex-volunteers of the Community’s peacebuilding projects around the world rather than Community members. These volunteers’ idea was to bring back and continue living in Italy principles of peacebuilding and intercultural exchange they experienced while performing periods of service abroad.  We live with 5 Italians who’ve done some service with the Community abroad (in Russia, Georgia, Sri Lanka and Brazil) and 4 asylum seekers who have come to Italy seeking a better life.  Luca, one of the founding members of the house, participated in our Helping the Helpers Training in 2016 and we’ve always had great respect for this project.

We also just completed the annual three day gathering and General Assembly of the Pope John XXIII Community here in Forlì. This is the regular opportunity for the thousands of members and missionaries from all over the world to gather, reconnect and make decisions together for the coming year. I’ve thought often about where everyone is coming from as I’ve participated in “the 3 days”, the many extended families and group homes all over the world.  Now that we too are living in a Community-project, I felt more “inside” than ever before while at the same time still aware of the uniqueness of our situation.

I particularly appreciate that I feel less like a foreigner when I’m surrounded by folks who are coming together from all over the world. Whether they are Italian or not, there is an unspoken understanding that we are all slightly out of our element as we meet, that we’re sharing this time together across all kinds of differences in culture, language, religion and life experience. I’m even up for some disagreement and conflict, which inevitably comes up when we leave our comfort zones or haven’t eaten all day. Whether we gather for three days or three months, the understandings we create together feel like small steps to peace.

2 thoughts on “The House of Peace”