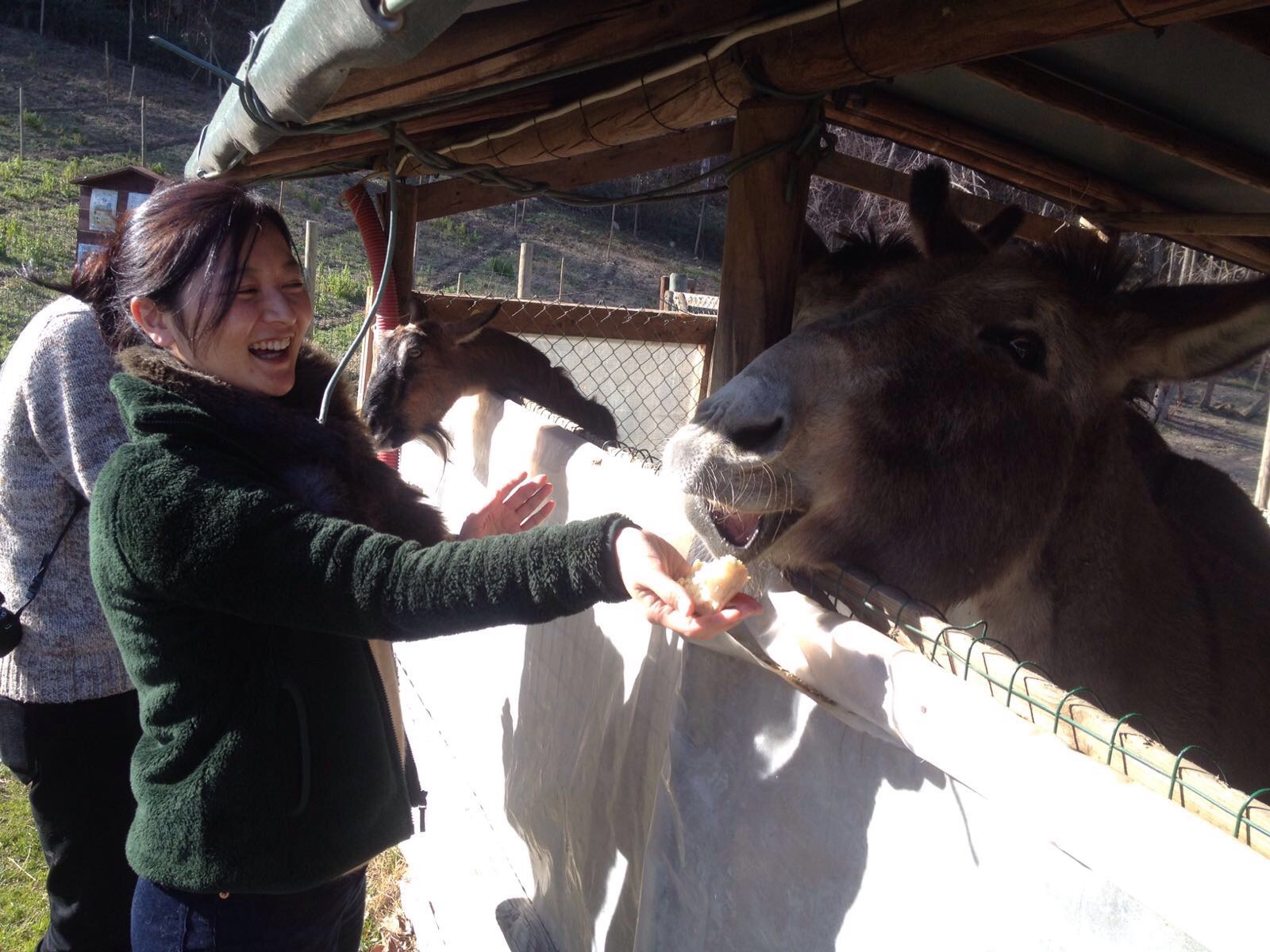 These solid folks, Chris and Josephine, came to visit and brightened our days

You’ve not heard from us in over a month.  In that time we’ve moved for a final time into the house Federica’s parents made their home for the last 10 years.  There was also Christmas and the flu, but those are best forgotten.

I’m sitting now in my new living room, a room I remember visiting almost 7 years ago to meet my future in-laws for the first time. I didn’t really speak any Italian then and they didn’t speak English.  After over 25 years in the hospitality industry, I couldn’t tell whether they liked me or if they’d just had plenty of practice smiling.  I’d planned on this though and had a charming gift up my sleeve to smooth over any awkwardness.

The plan was to use the Thurston County Farm Map to introduce Fede’s folks to some of the rural heritage of MY part of the world.  As major proponents of rural territorial networks, I thought the farm map was right up their hedgerow.  I’d visited several farms on the map, including especially the ones near where I grew in East Olympia, and proudly displayed photos from each farm coded to their respective place on the map.  I was so proud.  I’ll leave you hanging for a second on the result, to share a brief snapshot of the projects and activities that we’ve (mostly my father in law) got going on here right now, in the off season:

Cut back to a younger Evan, sitting in the living room, with his rather goofy cut and pasted presentation of a nascent agricultural marketing effort:

They were all smiles.

In Italy, the patron saint of animals is St. Antonio. For his saint day we feed blessed bread to the animals