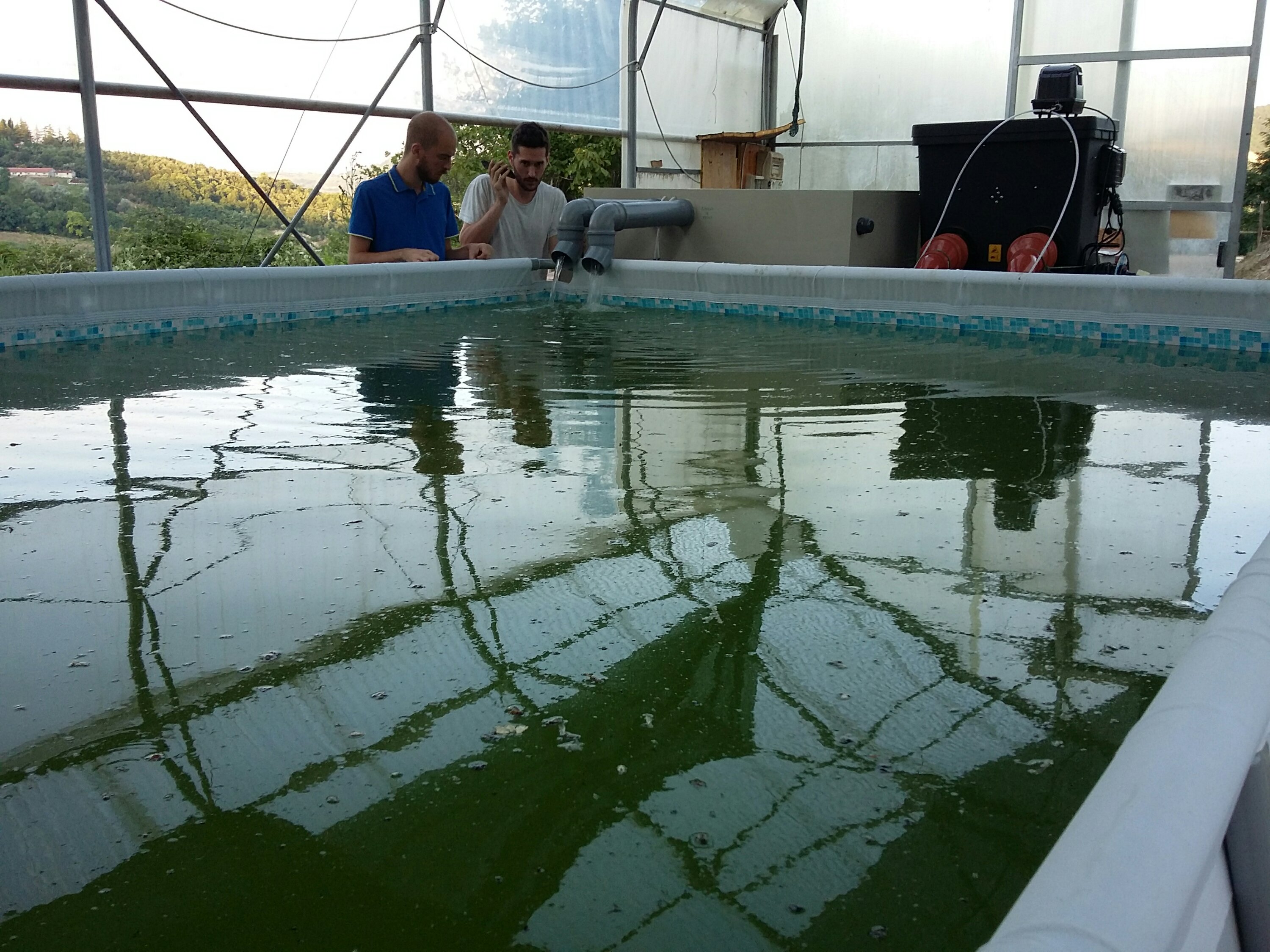 Sitting down to eat together is a cornerstone of Italian culture. Perhaps you’ve heard about this or experienced it yourself, but for Italians food is a sacred substance and sharing it with others completes the rite. After years living in this country, I catch myself performing rituals of this culinary communion that I’d never imagined possible growing up. Though my US family regularly ate together and enjoyed cooking, beyond eating dessert last or trying not to overcook pasta I’d never considered that certain things should be eaten in a certain order or that certain pastas are designed to be eaten with only certain sauces. (Did you ever wonder why there are so many different shapes of pasta?)

One particular Italian tradition that still strikes me as especially unique is sitting down to a meal while talking about other meals eaten elsewhere, remembered in specific and delicious detail. It’s important to talk about the context, the atmosphere, the life events that surrounded the meal too. Rather than diminishing the importance of the present meal, it brings a certain consequence and importance to what we eat in that moment, including the awareness that perhaps this meal too might be relived later. It creates a certain culinary continuity. Even the casual observer can see this ritual represents generations of recipes passed down and food traditions cherished… meals which have lived on through a common heritage of shared appreciation.

At the same time, even Italy is not immune to the quickening pace and corner-cutting brought on by global capitalism. It’s hard for me as a North American to see all the bad habits, like poor-quality ingredients or rushed meals, that we’ve exported around the world through our fast food culture. Increasingly industrialized food systems have made the ways we produce food, even treasured ingredients used for generations, less nutritious and even toxic at times.

I share all of this to set the stage for the latest new development here at the farm since we last wrote: we’ve been sharing a lot of meals with a new group of people that are becoming our ecovillage! These folks started out as collaborators on an agricultural project in common, then as hosts at an event at our farm, and now are planning to move in with us in the fall. Federica and I are really excited, because finding a more community-driven approach to this farm was the single most important missing ingredient in our vision for its future.

Breaking our own rule about no pictures with children online with a low resolution group shot.

This group, which calls itself “Cambio di Marea” (literally “Change of Tide”, figuratively “Sea Change”) is an existing community of 8 people (plus a 10-month-old and another due in October) that began working together a few years ago in a town very near us. Several in the group are healthcare practitioners; a physical therapist, a massage therapist, a psychologist, a midwife, and they began their project focused on the sense that traditional medical practice in each of their respective fields ignored a holistic approach to healing. They were joined by others who work in trades and services, but their emphasis remains focused on returning to a concept of healthcare focused on the “common good,” rather than “individual treatment.” And being Italians, their point of departure is food. Their insight is that for many Italians, it’s a hard sell to talk about philosophical approaches to healthier living. However, the practical and hallowed ritual of eating could be the key to starting a wider conversation of creating a healthier society here.

So they became kind of a “community research group,” starting with existing nutritional data on diets that support psychological, immune, reproductive and muscular systems health and putting them together into to a holistic, plant-based, “slow food” diet, which they call the “just diet.” (just as in “justice”) To avoid the hype of miracle diets and fad trends, they asked folks who took up their suggestions to track various health indicators related to their physical and mental health to create a kind of “crowdsourced” approach to evaluating impact. Data they share in an anonymized pool of health indicators could one day grow large enough to be scientifically significant, while focusing today on word-of-mouth promotion rather than sweeping promises to attract new people. As a general principle, the diet seeks to be “regenerative” rather than “extractive” in sourcing ingredients, based on the principle that the violence of extracting raw materials, sometimes from thousands of miles away without regenerating natural ecosystems, is a key part of our current global health and environmental crisis.

This is truly the broadest overview of Cambio di Marea, for they themselves have avoided significant promotion or codification of principles because they consider their work to be research rather than evangelism. (Though they’ve come highly recommended by a significant local following of folks who’ve experienced very positive results from their diet or seeking treatment in their practices.)

So in the spirit of inviting you into the Italian tradition, I’ll recount a few meals we’ve shared that mark our growing relationship:

Back in April, we first met the group at their current shared house outside of Cesena (about 20 miles away). 7 of them currently live in a somewhat cramped parish house in the rolling hills of Romagna, surrounded by vineyards. We sat down in their courtyard as several other families appeared spontaneously to join us for lunch. There were a number of small dishes of fermented and pickled veggies, several vegetable and grain salads and a gluten-free pasta dish. (You will have to forgive that fact that as an adopted rather than native Italian, I miss many of the details of each dish but the atmosphere was welcoming and even our oldest who’s become rather picky lately found something he’d eat.) We also really clicked as a family which each member of their group, playing together and immediately sharing ideas for a future collaboration. They had plans and materials to set up an aquaponic system (a kind of closed loop hydroponic system using fish to fertilize plants which in turn provide fodder and filter water before being recirculated to the fish) but the location they’d been scoping nearby had recently fell through. We quickly set up plans to form a joint project here at our farm.

Gabriele and Stefano set up the first run of our aquaponic system, with a local expert on the line.

From this meal, fast forward to another at our farm in May when Cambio di Marea hosted a weekend workshop here for some of their patients who were interested to get deeper into the principles of their work. This was a breakfast that featured a large assortment of jams and preserves including ones produced by us, gluten-free cakes, pastries and fresh strawberries which almost overcame the unseasonably rainy, cold weather outside. I remember a particular moment at the kids table when a boy of about 7 or 8 arrived with a towering plate of cake and said “this is ALL for us to share!” This workshop was the next step in our process of collaboration, as Cambio di Marea had been eager to eventually find a place where they could host workshops and events, ideally with the possibility to live nearby. Honestly the rain, the group’s learning curve on its first go at hosting a large multi-day event, and diplomacy with Fede’s folks made this weekend somewhat stressful in the moment, but its meals were clearly destined to live on because everyone left the weekend impressed by the content and the venue. We began to speak about deeper collaboration.

Finally, the last meal was not even a meal we shared at all but simply many meals recounted. Yesterday the group introduced itself to Fede’s folks, presenting their work and future plans as we begin a formal process of welcoming them to move up here within the next few months (sped up in part by the coming winter and the baby one of the couple’s is expecting in October). This happens to coincide with Fede and I’s imminent transition to managers of the farm. We feel really positive but somewhat overwhelmed by all these changes happening at once. So this meal was actually a very Italian moment of a group of folks introducing themselves to my in-laws, first as individuals and then as their overall project, followed by Fausto, Mila and Francesca recounting many cherished stories of their decades running a restaurant and farm. The Faggiolis shared about the character actor who’d occasionally come up to serve dinner and make all kinds of ridiculous mistakes while pretending it was his first day as a waiter, the meals they served to the local “alpine regiment” that cleared paths around the farm for free, or the breadmaking classes they’d host for local schoolchildren in collaboration with elders of the village who’d arrive hours before the kids arrived, itching with excitement. Overall, we feel like this “meal” went about as well as it could have on a first go around, and we’re excited about what might come next.

In the mean time, things have now really sped up on our transition plans, with all kinds of bureaucracy, logistics and investment needed for the transition from the family cooperative running the farm to Federica and I as the main farm managers, Cambio di Marea supporting our hospitality, agriculture and outreach, and the Faggiolis continuing their consulting practice for the foreseeable future. We realize that we’ve not been as good about posting regular updates and so many of you are not entirely sure what we’ve been up to. For those that missed it, we did post English and Italian versions of our farm management plan here, but much more excitingly we are planning a West Coast tour in October where those of you who live over there can share some meals in person, ask questions and get involved! Stay tuned! It’s likely to be a whirlwind but we’re excited and it feels like we’ve got a good thing cooking!