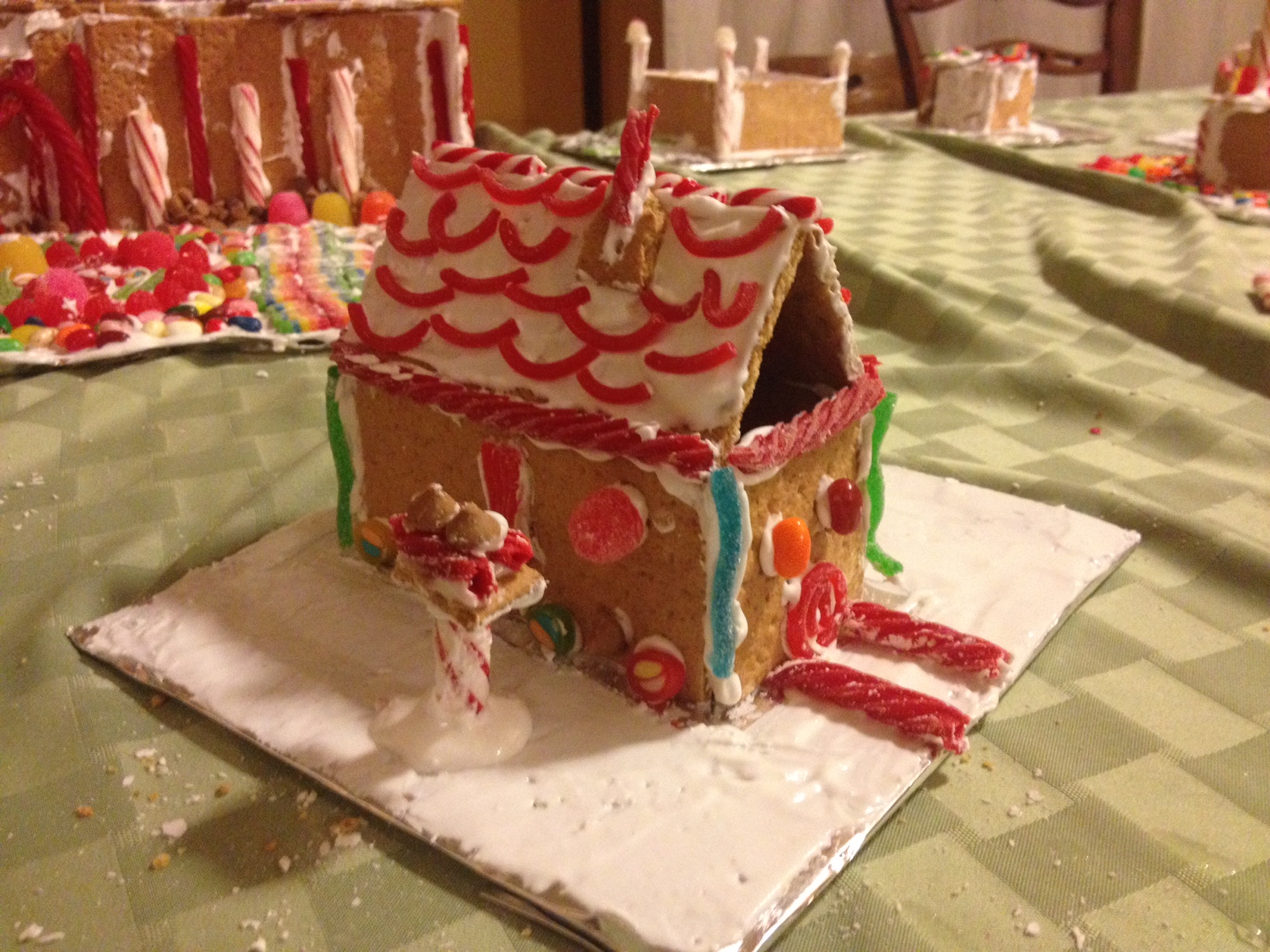 Fede built her first gingerbread house the other day.  It wasn’t an ordinary gingerbread house because it’s a part of a “gingerbread cohousing” community, modeled on Woodard Lane Cohousing where we moved in September. Loosely modeled.  The two tween boys here took significant artistic license, fueled by ambitious engineering and sugar-deprivation, to create a Willy Wonka-worthy compound.  They were incensed when I told them we’d exchange houses with our neighbors for the eating part of the program.

A gingerbread version of the cohousing community. Which house was made by tween boys?

After getting married, Fede and I thought living in our own little house was certainly worth trying, at least. After trying it we found we needed more community, more closeness with other people.  This has fueled our dreams of building something at the farm, but also inspired us to consider models we could draw from as we laid the groundwork.  We both have some experience living in various intentional communities, but we haven’t yet found exactly what we want.  And this fall, the stakes were higher.

While we’ve decided we’d prefer to keep his name and pictures mostly off the internet for now, we welcomed our little son just weeks after moving into cohousing. He’s an amazing little soul who’s slowly slowly coming to us from a place far beyond our understanding. We will make sure our little boy is passed around, feels many different people’s breath on his little head, and is rocked to sleep by many different arms as he slowly joins us on this side.

At the same time, we’ve begun a conversation with some friends based on Diane Leafe Christian’s book Creating a Life Together: Practical Tools to Grow Ecovillages and Intentional Communities.  The conversation kicked off much the way Fede and I first connected, over Skype.  It’s been fascinating to discuss what we’d like to create in community, while living in community, with people who we’ve all lived with in community before.  It’s all new and to avoid repeating ourselves and give this a fresh feeling we’re calling our project UpUpA, the Italian word for the hoopoe bird which we’ve found many reasons to love and respect. The hoopoe is traditionally a catalyst in community, a wise voice who leads folks to deeper truth.  We’ve also geeked out a bit on various references to it in literature, in vivo sightings from the field, and creating anagrams from the name itself.  Either we’re onto something amazing or just severely under slept.

4 thoughts on “Cohousing: Growing the Nest”